I spent a bit over two weeks vibing on my families farm near Campo Grande, in the state of Mato Grosso do Sul, in Brazil. This is one of those places where time seems to slow down while you're there, then before you know it your time there is up! I rocked about and had micro adventures here and there my first week, then I came down with the flu. Apparently there was a bug going around, as it took down several of my family members too (we all tested negative, my streak continues!). Thus, my second week mostly consisted of me laying about coughing, blowing my nose, reading, and watching Brooklyn 99 on Netflix. No. 44 The Mysterious Stranger, by Mark Twain is a super weird, but worthwhile book, I loved it! Thanks for lending it to me, B. While it sucks to be sick while traveling, at least I didn't go down in Rio or Lofoten, where there are world class rocks to taunt me in my infirmity!
A rock climbing addict as ever, my father and I did some digging to try and find out if there was any climbing nearby. I got hooked up with a WhatsApp group for local climbers who usually go to an area about an hour and a half from the farm! They were all incredibly friendly, helpful and welcoming. However, I only recovered from the flu after the last weekend I was staying in the area. My aunt, cousins and I were able to go on one of the last weekdays I was there, but sadly I didn't get to meet any of the locals because they are usually only free on the weekends. I did make a note to bring bolting gear to help them develop the area on my next visit, though!
It was really nice to get to hang with, practice my portuguese, and communicate with my family. I hadn't been to visit in about ten years, so a lot has changed, and I'm a lot more able with Portuguese than I was then (although still not great). I got to get to know a bit more about my cousins, Gabriel and Guilherme, who are pretty close in age to myself. They're hoping to visit the states next year if they can get visas, so it would be really cool to show them around my neck of the woods as well!
Since there's not a lot of interesting play-by-play to be had, I'm just going to dump all the photos below and tell more about the stories behind them in the captions. Enjoy! 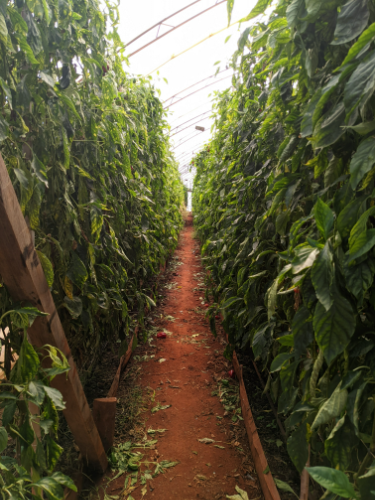 A greenhouse for bell peppers on the farm 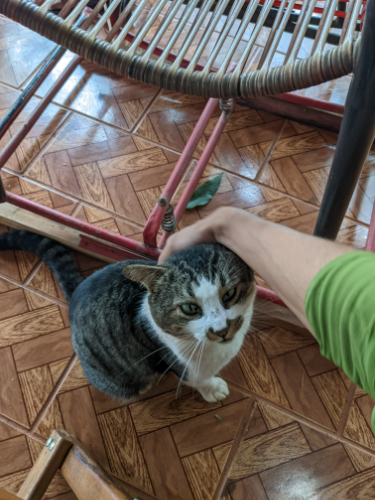 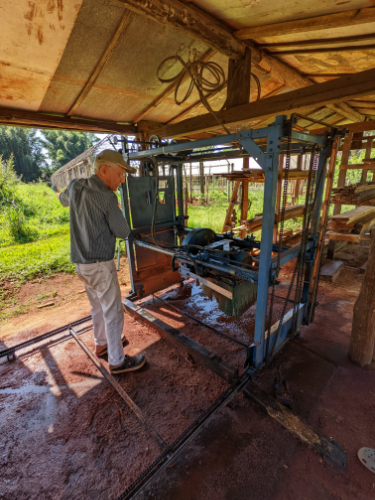 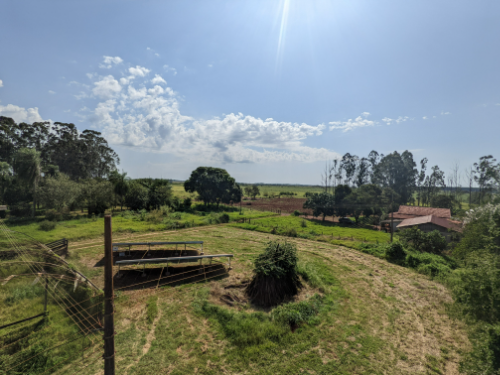 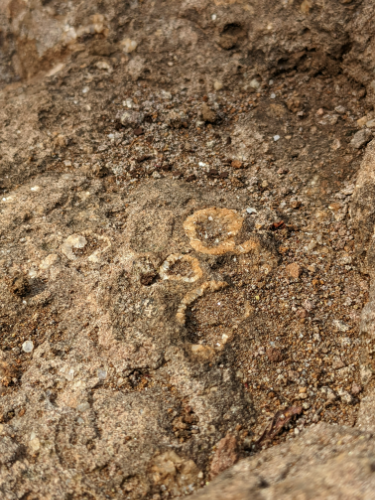 Neat formations seen on a hike at Morro Do Ernesto, a nearby park 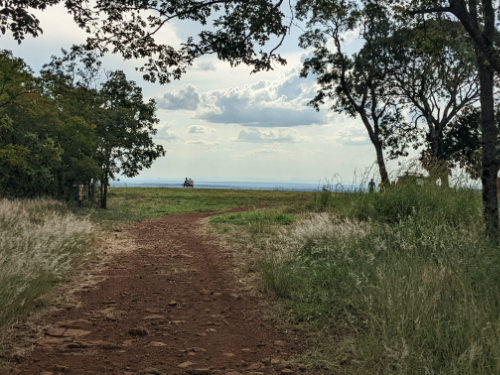 The end of the trail at Morro Do Ernesto 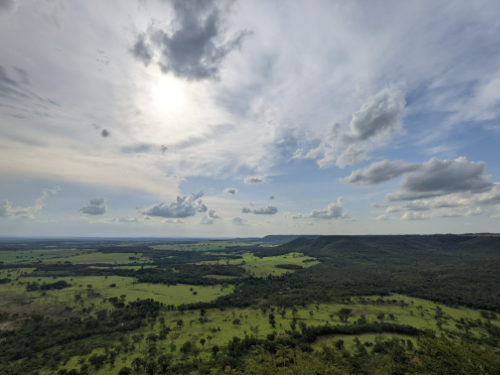 The view from the top of Morro Do Ernesto 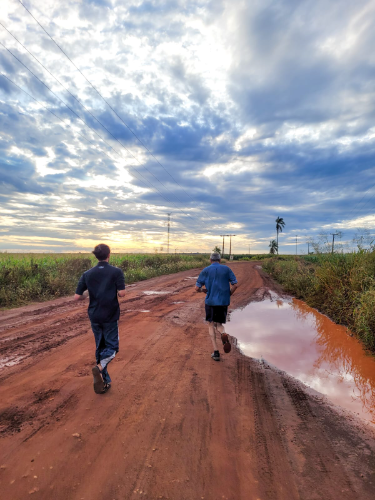 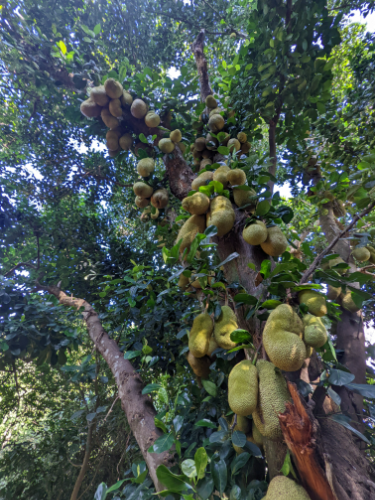 A tree full of jackfruit towards the back of the farm 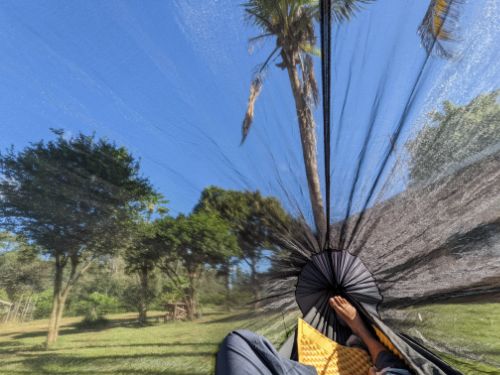 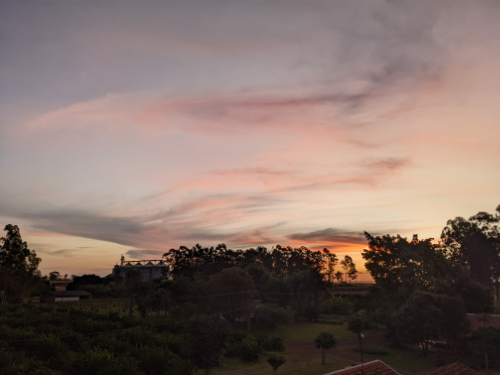 A pretty sunset from the water tower I enjoyed climbing 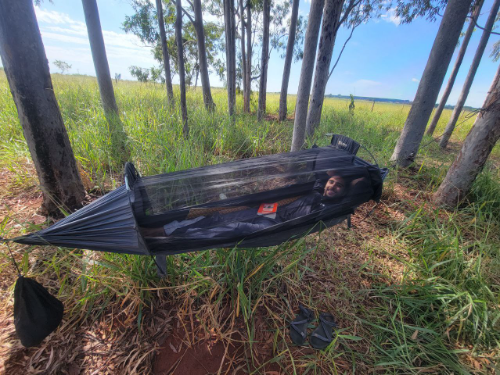 Me chilling in my hammock among eucalyptus trees, as found by my dad

Me lead rope soloing a climb about an hour and a half away from the farm. What a view!! The style was very interesting plates of rock, which made for very good holds, some of which were identified by copious spiderwebs. Apparently good holds for humans are good homes for spiders! 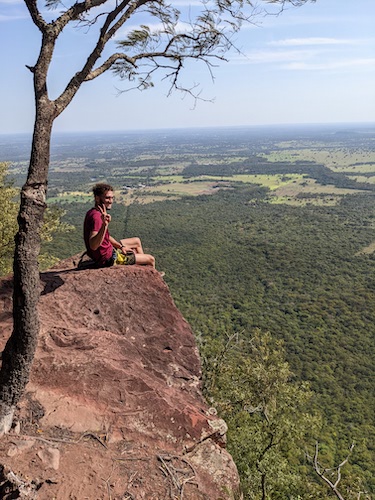 My cousin, Gabriel, sitting atop a cliff edge at Morro de Paixixi. 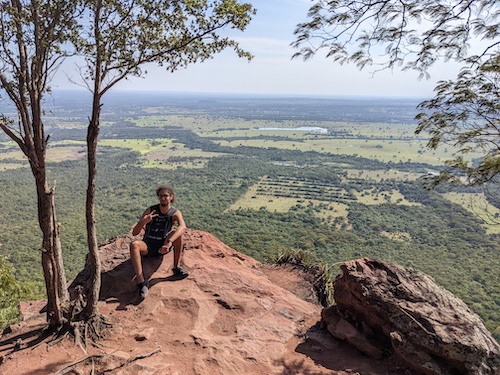 My other cousin, Guilherme, sitting atop a cliff edge at Morro de Paixixi.

I hang out with my family on their farm in rural Brazil. Not a lot happens (except I did get a very cool drone shot of me climbing!), but it's very pretty and a perfect place to relax before diving in to busy city life and climbing in Rio!

Native animals that I saw around the farm

A song I jammed out to while writing this